Raleigh City Council approves the use of tiny homes 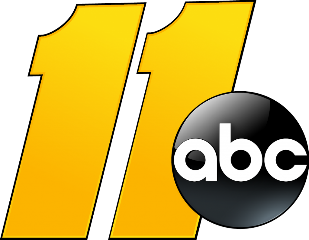 In a unanimous vote, the Raleigh city council approved the use of tiny homes in city limits.

RALEIGH, N.C. (WTVD) — In a unanimous vote, the Raleigh city council approved the use of tiny homes in city limits.

“This is a major step forward, and I would be happy to second your motion council member (Jonathan) Melton,” said Mayor Mary-Ann Baldwin.

Baldwin is a leader in pushing for this project for several years to help with affordable housing in the area.

“For me, the reason why I started this company is to make an impact in Raleigh with affordable housing,” Tillett said.

Up until now, Tiny Homes Raleigh has primarily been only building accessory dwelling units (ADUs), which are placed in the back of an already existing unit.

But with this new approval, things can change big time for affordable housing.

The zoning change means the homes, which can be no larger than 600 square feet, can help address the affordable housing crisis.

His dream is to see more cottage courts with tiny homes.

“An ADU is a tiny home behind an existing home,” Tillett said. “Those can be up to 1,000 square feet. With this law, it gives you the opportunity to do six to eight to maybe even 10 tiny homes depending on the lot size,” he said.

He said he believes it’s the break they’ve needed in a continuously growing Raleigh area.

“I hope that developers in the area will take this opportunity to buy houses or land and hire construction companies like us and build tiny homes and sell them at an affordable price point,” he said.

This will go into effect in 90 days.

Owner/Founder of The Tiny House Society